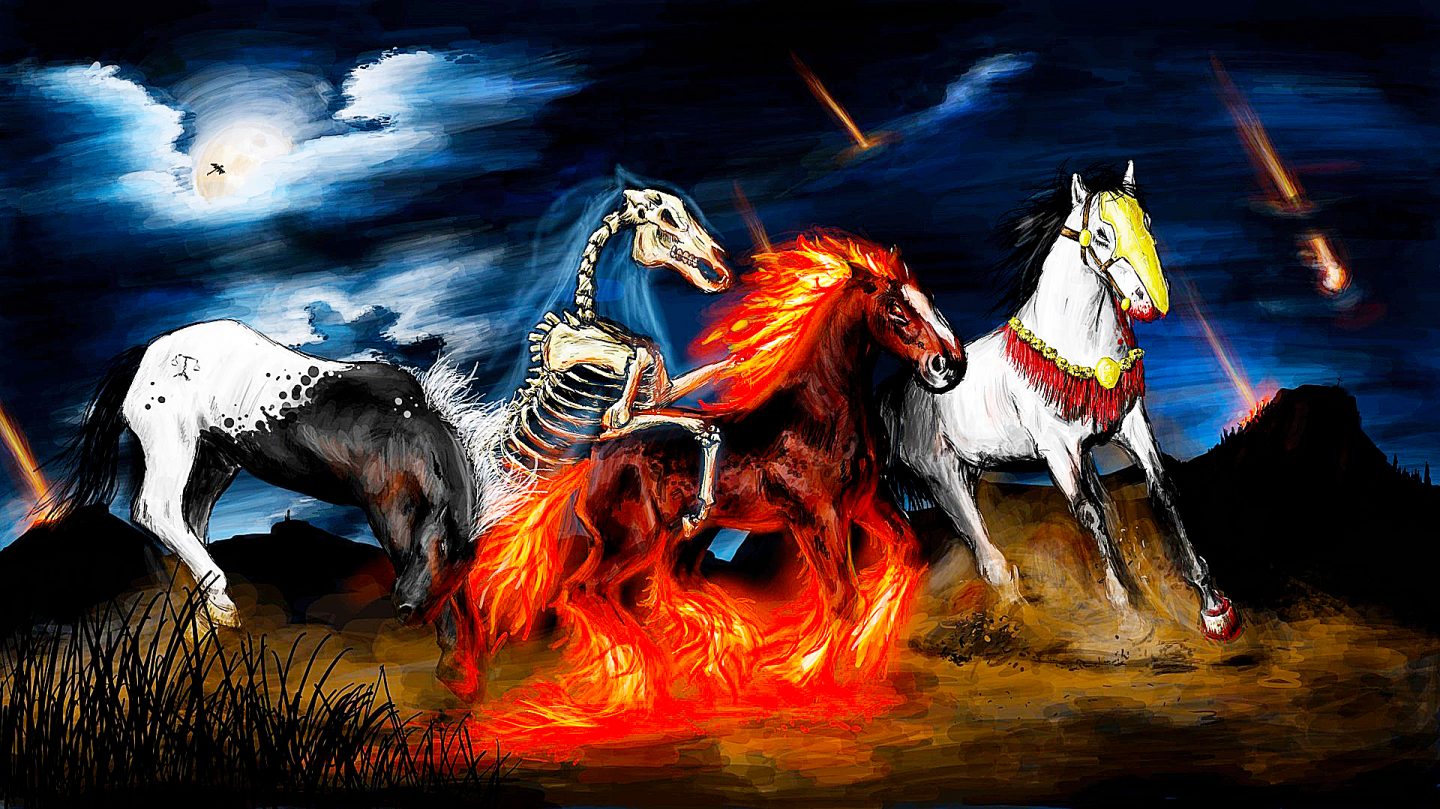 2020 Has Brought The Four Horsemen of the Apocalypse

As we were engaging in six feet apart conversation last evening, a good friend announced to me in a reflective mood, when the New Year was approaching, she thought to herself that 2020 was a beautiful number. It is so rounded and perfectly symmetric. She decided then that 2020 was going to be a lucky year. Suddenly, we both blurted out in silly laughter at once, relishing how untrue that statement had turned out to be.

The real irony is that 2020 has proven to be the worst beginning of any year we could both remember. As we were listing the events that had occurred during the first five months of 2020, the evils symbolizing the end of the world from The Book of Revelation sprung to my mind: The Four Horsemen of the Apocalypse.

“2020 has proven to be the worst beginning of any year we could remember.”

I am neither religious nor I believe in prophecies, but this metaphor seemed very appropriate for the times we are living. First, I envisioned a  white horse that appeared to be ridden by a certain President. This horseman seemed to dedicate most of his time to twist reality in ways that confused and divided humans.

The second horseman, called Coronavirus, had been keeping our attention since March. Coronavirus rides a majestic yet intimidating black horse, and he is dedicating to spreading disease amongst us humans.

Next, I noticed a pale horse ridden by Earthquake, the third horseman, who was trotting desperately to emerge from beneath the Earth. This horseman had been threatening us for many years. It showed himself once in a while as to warning us of his power.

Then, I heard a rumble, and as I turned around, I saw someone I was not prepared to welcome at this time. A fourth horseman was riding a fiery red horse and loudly announcing his presence. I recognized him immediately!  I had seen him around conspicuously hiding in cities all around the world. His name, I knew well: Racism. He looked deceiving and meanwhile riding on his red horse.  Then, I thought to myself, “All these four horsemen are galloping in front of us ready to bring forth the cataclysm of the apocalypse.”

“All these four horsemen are galloping in front of us ready to bring forth the cataclysm of the apocalypse.”

Even though the four horsemen looked equally dangerous, I could not help but concentrate all my attention on the fiery red horse. The horse was brilliant red and orange, ridden by a mighty feisty individual wearing an enormous sword. I had seen him before many times, but I seemed to recall him wearing a  smaller sword when I met him years back in the 90s. Or perhaps I don’t remember clearly as we tend to forget bad memories over time. It was then when I felt a chill down my spine. Racism was alive and more forceful than ever.

This time around, Racism had crept out of his hiding cave at an unexpected time while we were all distracted by the horseman called Coronavirus. The last time I had seen this red beast full face was in 1992, although I had seen glimpses of him during all my years living in Los Angeles.

“RACISM is a different beast altogether.”

I am an immigrant from Spain. So I did not have the misfortune of knowing this beast while growing up, although I had read about him. In my country, I had experienced other types of discrimination for being a woman, shorter than the norm, or for not having eight Basque last names in my ancestry. Therefore, in a way,  I am not foreign to the notion of feeling different amongst a group of people. In fact, I think most humans at one time or another are subjected to some type of alienation from a group that is considered to be the ideal norm.

But RACISM is a different beast altogether. Even though we were weary and dull in our confinement hiding from the black horse and its horseman, Coronavirus, we could not overlook the brutality shown by this fourth horseman. And humans went out of their confinement and voiced their anger against this horrible beast. Every country, every city, every village got enraged and could no longer tolerate the injustice brought by him. This evil was eating up our society from the inside out. It is the reason why we thought we had overcome the past effects of his actions. He had been hiding dormant with one eye open, revealing himself through attitudes in our daily lives at supermarkets, at government institutions, or walking down the street on a Saturday night.

From time to time, this evil horseman was associated with violent acts such as police brutality, making us worried and angry. However, it doesn’t always involve violent acts to feel his presence in our society. I have seen glimpses of him at school in the form of name-calling or exclusion from activities.  Racism has always been amongst us,  ingrained in our society in very subtle ways. So much, that not until the death of an African American in the hands of white policemen suddenly occurs.  It is then when society wakes up and realizes nothing had changed since Martin Luther King had a Dream.

“WAKE UP!! Demonstrate and voice your opinions, griefs, and demands to achieve an equitable society for us all.”

WAKE UP WORLD!  The red horse and its horseman “Racism” have both been here, amongst us all along, getting stronger, offering us crumbs of the “goods” society has in store for all of us. Racism and his red horse make sure to keep us somewhat happy to be citizens of this great country. Don’t you be fooled by it. They only give us crumbs to keep us quiet, not the part of the pie we deserve.

WAKE UP!! Demonstrate and voice your opinions, griefs, and demands to achieve an equitable society for us all. But, please, don’t go back to your regular life in two weeks. Do not forget again that a horseman named Racism is here and alive. Racism is here but not necessarily to stay.  Let’s make a conscious effort to defeat and eradicate it from our daily life, at every level.  Let’s unite to demand a change right from the government, all the way to the empowerment of the youngest child at school or at home. Racism alone is the most dangerous of the four horsemen of the Apocalypse.

United we can defeat Racism!!