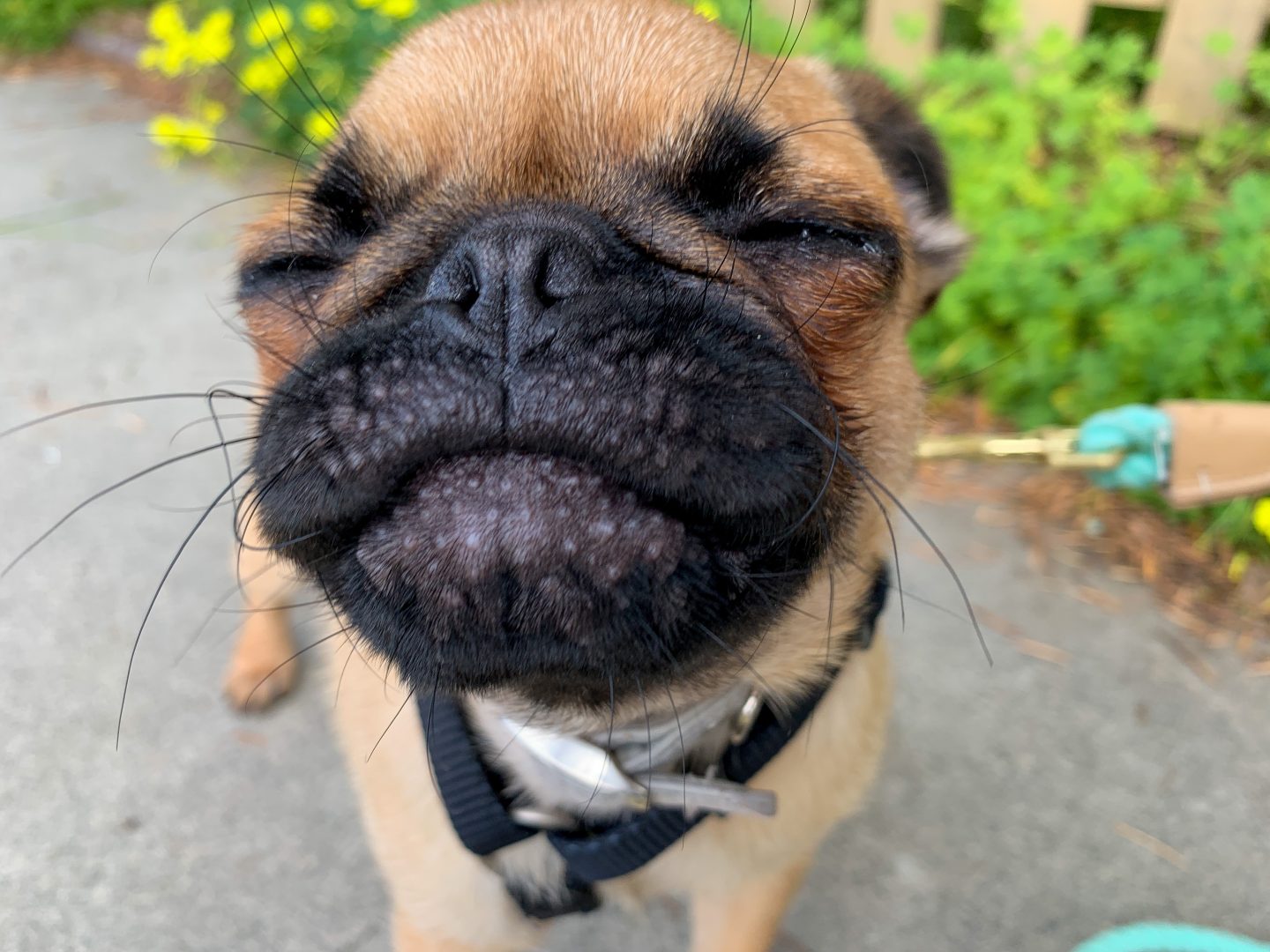 My baby pug is now three months. Winston is such a good boy! I started to take him on walks and train him to go potty outside. Grass was introduced to him about two weeks ago. He LOVES tiny leaves. It makes me giggle every time he finds one and he does little zooms (runs supper quickly out of nowhere). It’s enjoyable seeing him explore everything. I tend to forget that he was literally born not too long ago and everything is crazy amazing to him.

“It’s enjoyable seeing him explore everything.”

I have a friend that will be training him and she talked to me about doing a whole month training. It would be like a mini boarding school and honestly it did not sound great! I don’t know how I feel about letting Winston go away for a month this young. Let alone how I would feel if he dipped out and was not being able to see home. Shit it would traumatize me and him!

Look I don’t need my dog to be a robot. I just want us to be able to communicate so we can live our best lives. Was there anything we could do before going to that extreme? I suggested that I want to be there with her as she trains him as an option as well.

I’ve been able to teach him so many tricks. He really knows how to listen. Compared to other dogs he is a tiny dude; he’s still intimidated by other dogs because of their size.

Before the quarantine I was taking him to puppy play at petco every week. He doesn’t seem to care too much for it. He’s around humans all day and it makes me wonder if he thinks he is a human himself.

He started to be a bit more vocal with myself and others. This is very cute but also a bit terrible when it comes to timing.

“This boy gets so much attention from so many people!“

This boy gets so much attention from so many people! We went on a walk the other day and probably every 5 minutes you could hear someone say “OMG! He is so cute and tiny!!!! I’ve never seen a pug puppy” I have to whisper in his ear “you a little ugly” just so it doesn’t get to his head. I don’t want a dog that walks around like he is the Brad Pitt of pugs. LOL

Alsoooooo! Guys! I’m so done with buying this kid toys. I got him so many so he wouldn’t be bored and tell me why he enjoys just playing with every outfit I wear, a plastic cup, lint on the floor, even his pee pee pad. BUT how does one not buy everything for the cutest puppy ever! I literally want to shower him with toys, food, and love!!!!!

Anyways, today I’ve taken him outside like 4 times and he still hasn’t gone potty. I bet he is waiting until I don’t see him to just do his business indoors and I’ll find it as a surprise. Honestly, I think about what he thinks when I pick up his poop. Like maybe he thinks I keep it all and thats why he does it indoors so I can find it easily LOL

Training him and teaching him new tricks is really easy. I swear he is the smartest puppy I’ve ever met. I nod at him and he does it back as if we both said “whatsup.”

I’ve taught hims how to howl!! I was doing it to him for a cool minute and I’m assuming he got so annoyed he mocked me. Regardless it made me so happy. Im a proud momma.